Speaking of the Unites States of America, the world’s third largest country, one fascinating image appears – New York , the city that never sleeps. The cosmopolitan city is the most prominent place in North America that attracts millions of tourists each year. The “Big Apple” is a must-see spot for people who would like to experience the cultural diversity, blasting entertainment, and breathtaking architecture of NYC.

New York is one of the most diverse cities in the U.S. If you are a first time visitor then Times Square is your first stop. This is one of the most popular spots in the world. More than 17 million tourist visit the square each year.

Be sure to include Empire State Building in your travel plans. It is the second on the must-do list for travelers. What else? Everyone who has watched the adventure comedy Night at the museum would be amazed to visit The American Museum of Natural History where the movie was filmed. The collection presents the natural world and human cultures. The top attraction is the dinosaur exhibition.

People who like the modern art can visit the Museum of Modern Art which is a home of paintings, photographs and sculptures created by world famous artists such as Salvador Dali, Vincent van Gogh, Pablo Picasso, etc.
One of the most popular landmarks you can explore absolutely free of charge is Central park. This landscape masterpiece is considered to be “the green heart of the city”. It is twice as big as Monaco – one of the most prosperous European countries.

As already mentioned, New York City is on  top of the popular U.S destinations. Among the most visited places in the United States is San Francisco, California which is situated on the west coast. More than 265 million tourists are expected to visit the sunny state in 2015. Las Vegas Strip, Nevada is a mecca for adventurers, gamblers and people who want to have fun. In close vicinity is the natural attraction Grand Canyon. Other places that should be on your bucket list are New Orleans, Louisiana; Palm Beach, Florida and Niagara Falls.

When To Go To The United States

There are nine particular climates throughout the United States. New York City, for example experiences mild springs, hot and humid summers,cool falls and snowy winters.  Due to the ice storms and bad weather in 2015, thousands of flights have been cancelled and millions of frustrated airline passengers had to change their travel plans. So, with this sad experience in mind we recommend springs and falls as the best seasons to visit NYC and explore its beauty.

If Florida is your travel destination, then it is good to know that winters and springs are the best time for your vacation there. From mid-December to mid-May you will experience warm and mild weather and occasional heavy rains. The weather in the summer is humid and very hot, and thunderstorms are no exception.

California is a state featuring coastal, desert and mountainous areas. Near the Pacific Ocean, temperatures are comfortable even in the summer because the sea breeze cools the air. San Francisco seems to be an all-year round travel destination regardless of the season. On the other hand, Las Vegas which is located in a desert area is friendlier in winter when the temperatures are relatively mild. 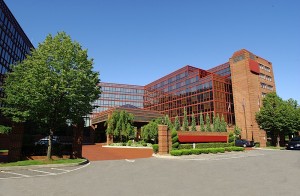 LaGuardia Plaza is one of the closest hotels to the LaGuardia Airport. It is a good choice for one or two nights in New York while waiting for your next flight. The airport hotel offers most of the amenities a frequent traveler needs – free shuttle service, comfortable rooms, Wi-Fi and a lobby bar. Rates are affordable especially if you have booked a room in advance. 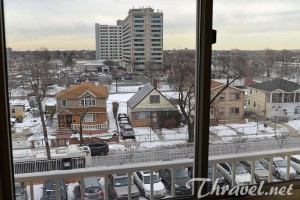 If the low price is your main objective criteria when booking an accommodation, then Radisson hotel JFK airport is a convenient choice. The hotel is located in Jamaica – a neighborhood which is part of Queens Community. The hotel is at a short distance from JFK. The hotel’s website describes the rooms and services as modern and comfortable but in fact not all amenities fit the description provided. Read More 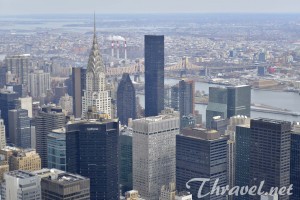 The “City that never sleeps” provides 24-hour opportunities for fun and enjoyment. If it is your first time in NYC, you will probably want to spend some time on Times Square – the beating heart of the city. If anything rivals the popular square as the symbol of the Big Apple, it is the Empire State Building. Another thing to do in New York is to go to a Broadway show. Read More 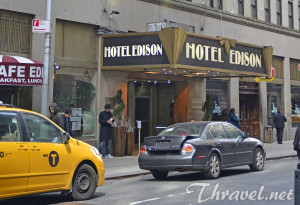 Hotel Edison, New York is not only an affordable accommodation but also an iconic place in the heart of Manhattan especially after an Oscar-winning movie “Birdman” has been filmed there. The glorious story of this hotel started at the beginning of the 20th century when the American inventor Thomas Edison turned on the lights in the building. Since then the hotel Edison attracts thousands of tourists.

Ao Nang Beach is a hotspot for people … END_OF_DOCUMENT_TOKEN_TO_BE_REPLACED

If you are planning to go to Thailand … END_OF_DOCUMENT_TOKEN_TO_BE_REPLACED

Probably the oldest hotel on the island … END_OF_DOCUMENT_TOKEN_TO_BE_REPLACED

Just steps away from the thriving Patong … END_OF_DOCUMENT_TOKEN_TO_BE_REPLACED

As one of the top summer destinations, … END_OF_DOCUMENT_TOKEN_TO_BE_REPLACED