Valencia is a town in Spain which is said to be one of the calmest and most peaceful of all cities in the country. I spent two weeks as a tourist learning Spanish there and I have to say I am very content with my stay. Every place has its positive and negative sides and during my trip I have managed to observe both. 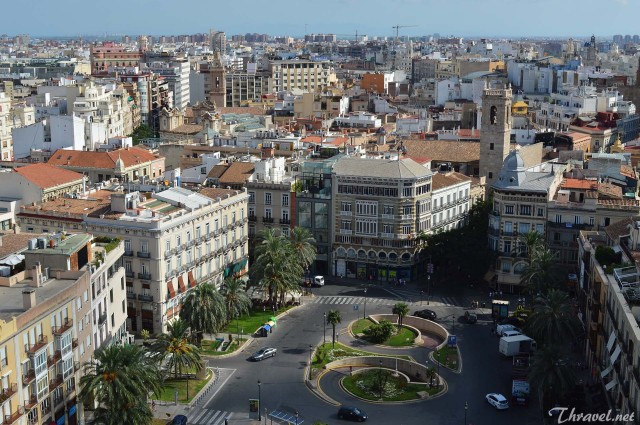 Let’s start off with the city itself and its surroundings. Valencia has an old part (El Carmen) and a new district. El Carmen is always alive and full of people as it is the place where tourists often spend their time either shopping, exploring or sightseeing. The new part is more where the native Spanish people live and spend their time. I stayed in the area of Benimaclet station which is at a 15 minute walk from the centre of the town. What I came to notice was that every part of the city was pretty well lit and friendly during the whole night. There were no deserted streets. People were beginning to come out of their houses at 10 p.m. to have a snack or dinner. Even the neighborhood Cabanyal which is considered to be poorer compared to the others still didn’t look hostile as it is close to the beach where most of the bars and discos are located.

The main beach of Valencia is called Malvarrosa. It is several kilometres long and has soft sand. Unfortunately, due to the overcrowding, the water is very dirty. The colour that you can see most days is in fact not blue, but brown. There are pieces of garbage swimming in the water. If you have decided to come to Valencia just for the sea then this is probably not your destination. There are sun beds and umbrellas to rent. An umbrella costs 4,50 euros and a sun bed costs 2,50. I would not recommend this beach as there are a lot of people and not that much privacy.

Although it is said that robberies rarely occur in Valencia, during my 2-week stay I’ve witnessed one. My English friends, who went for a night swim one evening and left their stuff just beside the water, got their bags stolen with all of their documents and money. Moreover, there are a lot of immigrants in Valencia which reduce the safety level of the city a bit as they tend to be the ones who pickpocket.

The second thing that I find necessary to mention is the food and prices in the city. What I’ve come to notice is that there are not that many restaurants in Valencia – most of the places where you can eat are cafes or cafeterias. The restaurants are mainly located in the ideal centre of the city and are a little bit pricey. Just an example – the salads range from 7-10 euros and the main dishes cost 12-25 euros. In comparison, restaurants in most Italian towns and villages offer more reasonable prices.

Near the Campus of University of Valencia, there was a cafe which served pasta and was relatively cheap. Since I am a student and cannot afford to spend too much money on food, this option was the one I chose for all days. A menu which included a salad, main dish and drink was 8,50 euros. The pasta that they made was really good and cost 6,25 euros when not in the menu. I also ate chicken with curry and rice one of the days which cost 7,25 euros. The brand is called Panaria and has several cafes in Valencia. 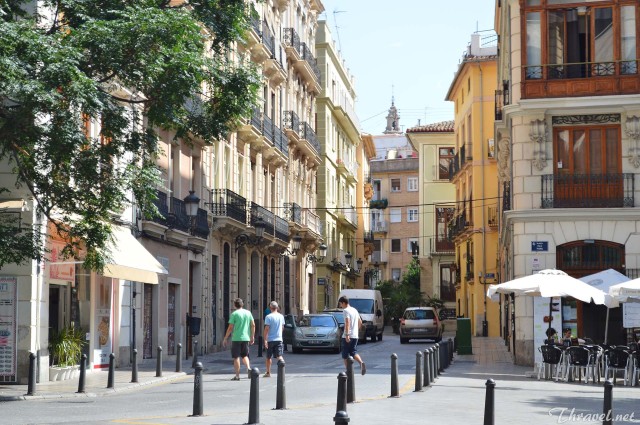 One of the traditional dishes that we felt obliged to try was paella. This is a special dish with rice and seafood. After asking around some of our friends, we realized that none of them were happy with the paella in Valencia. A friend said that he had tried paella three times in three different restaurants and said that he disliked it. We decided to try it ourselves but we didn’t like it at all. It was very dry yet with a lot of oil in it. It didn’t feel fresh.

We also tried another thing that is typical for Spain – horchata. This is a beverage that is made from chufas (a vegetable) and tastes sweet.

Lastly, we tried churros which are fried batter that you dip into melted chocolate. It was pretty good. Other than that there are plenty of places to eat food like Wok to Walk which is a sort of Asian fast food restaurant where they make rice or noodles in a wok.

Spanish people tend to eat a bit unhealthy. The family that we stayed with ate white bread with almost anything. The only breakfast that we were served all 15 days was biscuits with coffee. I was pretty disappointed with the local food in Valencia.

Another observation is that hardly anyone in Valencia speaks English. Even in the big stores with expensive brands, in restaurants or in cafes, nobody knows a language other than Spanish. This can sometimes be frustrating for people who don’t know the main language.

Top 3 Things To See In Valencia 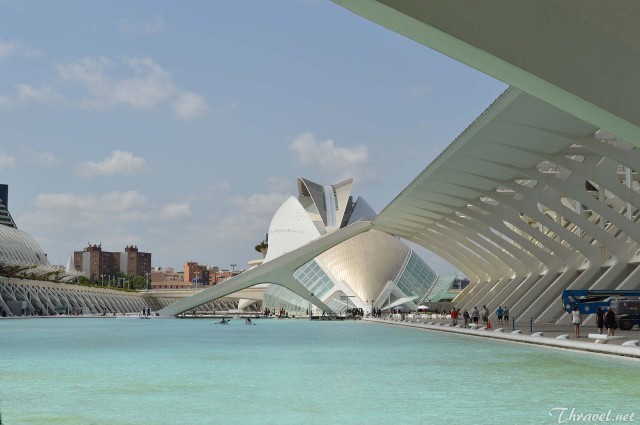 There are plenty of places to visit when in Valencia. In the old part, there are lively squares such as Plaza Del Reina – where the cathedral of Valencia is located; Plaza de Ayuntamiento, where the local government is set, etc. Another place to take a look at is the bull ring building in which to this day bullfighting takes place.

You can also visit the City of Arts and Sciences which is located near the beach. It is a huge complex with marine life, museum and a cinema which airs documentaries. I visited the Oceanographic complex and it cost me 23 euros. There is plenty to see there including a dolphin show which unfortunately I didn’t have time to visit.

Another place worth visiting is the “Bioparc Valencia”. It is a huge zoo with various animals: monkeys, giraffes, lions, hippopotamuses, rhinoceroses, fish, amphibians, reptiles.

In conclusion, Spain is a great place to spend your holidays as it has something for everybody – sea, culture, history and nature. If you are wondering where to spend your summer vacation, Valencia is a great option.

Ao Nang Beach is a hotspot for people … END_OF_DOCUMENT_TOKEN_TO_BE_REPLACED

If you are planning to go to Thailand … END_OF_DOCUMENT_TOKEN_TO_BE_REPLACED

Probably the oldest hotel on the island … END_OF_DOCUMENT_TOKEN_TO_BE_REPLACED

Just steps away from the thriving Patong … END_OF_DOCUMENT_TOKEN_TO_BE_REPLACED

As one of the top summer destinations, … END_OF_DOCUMENT_TOKEN_TO_BE_REPLACED