Endless Mediterranean beaches, unique cultural experiences, buzzing nightlife and delicious food – this is just a part of the mixed emotions the vacation in Spain evokes. The Iberian country is one of Europe’s most popular destinations. Spain boasts a diversity of different landscapes, cities and islands.

Most Visited Cities in Spain

There are cities with a thousand years of history that are popular all over the world. Some of them are charming mediaeval towns, others are bigger urban centres.  All they feature a unique mix of great traditions, impressive festivities and particular cuisine.

The main landmarks during a vacation in Spain are Barcelona, Madrid, Valencia, Toledo and Granada. These are perfect destinations  to experience both a cosmopolitan spirit and local traditions.

Barcelona is located on the  northeastern coast of Spain. The city is considered to be one of the top travel destinations in Europe. It offers almost everything that a holiday-maker expects from a vacation in Europe – beaches, sun, historic architecture, shopping, and lively nightlife.

Its main highlight is the artistic architecture. There are masterpieces created by the famous architect Antoni Gaudi. Among the most impressive buildings is Sagrada Familia church as well as Casa Batllo. These places feature extraordinary designs, shades and shapes.  Popular places in Barcelona are the Aquarium, the Old city and La Rambla pedestrian street.

The capital city, Madrid, is the second most visited place in Spain because of its royal spirit, great museums and vibrant nightlife. It is considered one of the most cosmopolitan places in Europe. The most popular tourist attractions are the Prado museum, the Royal Palace, the Plaza Puerta del Sol and Plaza Mayor.

Toledo, which is located in central Spain, was the country’s capital during the Middle Ages. The city is a popular destination for its unique multicultural ambiance and architecture.

Spanish islands include two chains – the Balearic and Canary Islands.  The first group is located in Mediterranean Sea, east of the mainland.  The Balearic Islands are Ibiza, Mallorca, Formentera and Menorca. The most famous of them is Ibiza because of the thrilling nightlife. The largest Balearic Island is Mallorca.

The Canary archipelago is located  the in the Atlantic Ocean near the coast of Morocco. There are six main islands in the group – Lanzarote, Tenerife, Gran Canaria, Fuerteventura, La Palma and La Gomera. They are all-year round holiday destinations thanks to the combination of mild climate, beautiful beaches and  comfortable accommodations. Among the natural wonders in the area are the active volcano in Tenerife and the Maspalomas Dunes in Gran Canaria Island. 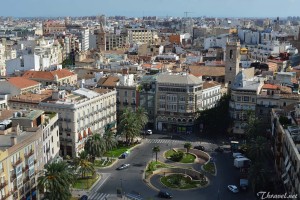 Valencia is a town in Spain which is said to be one of the calmest and most peaceful of all cities in the country. I spent two weeks as a tourist learning Spanish there and I have to say I am very content with my stay. Every place has its positive and negative sides and Read More

Ao Nang Beach is a hotspot for people … END_OF_DOCUMENT_TOKEN_TO_BE_REPLACED

If you are planning to go to Thailand … END_OF_DOCUMENT_TOKEN_TO_BE_REPLACED

Probably the oldest hotel on the island … END_OF_DOCUMENT_TOKEN_TO_BE_REPLACED

Just steps away from the thriving Patong … END_OF_DOCUMENT_TOKEN_TO_BE_REPLACED

As one of the top summer destinations, … END_OF_DOCUMENT_TOKEN_TO_BE_REPLACED