Home / Italy / Things to do in Rome 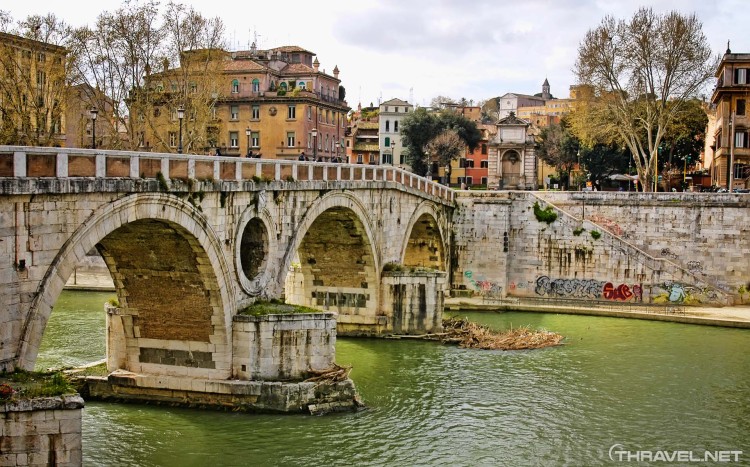 We visited Rome, Italy in April – probably the best time of the year to witness the charm of the Eternal city. There are so many things to do in Rome in Spring!

We enjoyed mild temperatures of 14-15 ºC (58 Fahrenheit). The only disturbing thing was the wind which made the weather feel cooler. In spring all the surroundings are green. Yet, we were a little bit disappointed that the iconic place – the Spanish steps, lacked the typical flower carpets.

Our hotel was in an area which is a major public transport hub with a metro station – the Piazza Vittorio Emanuele II. Thankfully, we were able to see the tourist attractions by foot. Compared to Paris and London, Rome is smaller and you can explore it by walking.

Here are the most interesting things to do in Rome and places to visit according to our experience.

Many fountains in Rome are considered pieces of art and architecture. They are romantic, beautiful and absolutely free to visit. The most popular is the Trevi Fountain. It is located on a small plaza in the heart of the city center. During the day the place is jammed with people. Sitting around the fountain is probably the most thrilling thing to do in Rome.

This magnificent spot provides endless inspiration for people who have watched Fellini’s movie La Dolce Vita. Unfortunately, it is prohibited to enter the water. Even in the summer when tourists try to cool down, it is illegal to bathe in the fountains in Rome. Local citizens try to preserve their precious historical heritage.

Once you photograph the Trevi fountain, there are lots of places to eat ice-cream or have a drink nearby.

The Fountains on Piazza Navona are also a must see. Here many movies have been filmed – Eat, Pray, Love featuring Julia Roberts, Angels and Demons featuring Tom Hanks, etc.

On Plaza Navona there are three fountains – the Neptune fountain represents the power of the God of the Sea; the second one shows a figure wrestling with a dolphin. The Fountain of the Four Rivers by Bernini represents Nile, Ganges, Danube and Plate River.

The Triton Fountain is an excellent example of the Baroque style. It is located on Piazza Barberini. This masterpiece was created by the famous artist Gian Lorenzo Bernini. The sculpture, represents a mythical creature – half-man and half-fish Triton. During our stay in Rome, we could see this monument every day on our way from Vittorio Emanuele II Plaza to the historical center. 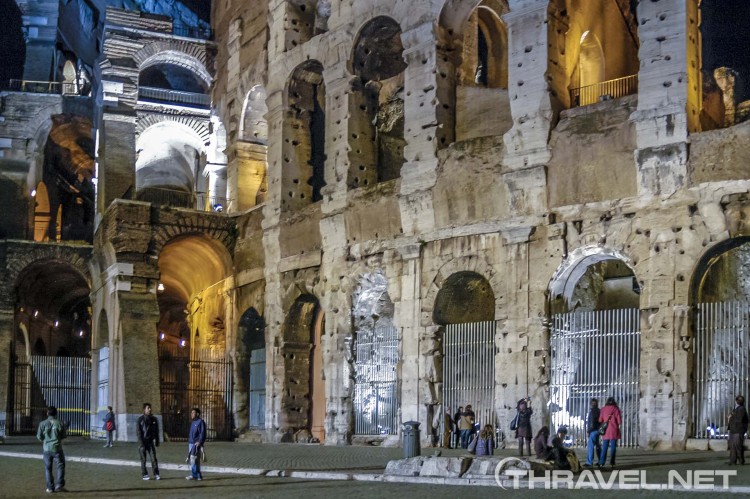 We did a tour of the Colosseum and Roman Forum in one day. Both archaeological complexes are next to each other. We came to the Colosseum’s ticket office at 9.30 a.m. and managed to get tickets without waiting in a queue. We bought an entrance ticket valid for the Colosseum, the Roman Forum and the Palatine Hill. These attractions were in our list of things to do in Rome.

It was thrilling to follow the footsteps of the gladiators. We explored the passages where slaves prepared for fights and where wild beasts were caged.

The Colosseum is the most visited sight in Rome. The largest amphitheater at its opening was a scene of gladiatorial combats and games which were one of the the symbols of the Eternal City. The most impressive event lasted three months. During the show more than five thousand wild animals were killed.
In ancient times, the entrance was free of charge and the seats were allocated according to the social status of the audience.

Nowadays even the area around the Colosseum is very impressive and spacious. At the evening we returned there to take night photos of the Colloseum. The annoying thing was the presence of many African people trying to sell selfie sticks, photographic tripods and souvenirs to tourists.

The Roman Forum is an archaeological complex consisting of numerous sacred buildings and temples. In the ancient city of Rome, the Forum was an important political and ritual center. The complex is located near the Colosseum, in a valley separating the Capitoline and Palatine Hills.

One of the most prominent structure in the complex is the Temple dedicated of the Roman God of agriculture – Saturn.

An important sacred building is the Regia or “emperor’s house”. Other iconic place is the Temple of Vesta. They served as a ceremonial places for the Roman people.

Speaking about things to do in Rome, one of them is visiting St Peter’s Square and exploring the Vatican. This activity is free of charge (except for and Sistine Chapel and museums). We had the chance to see the Pope and his pope mobile during a Papal Audience held on Wednesday before Pasqua on St Peter’s Square. We had to wait on a security queue and then for the Papal Audienceto beguin for almost 2 hours but it really worth it the effort.

The castle is close to the Vatican City so we did a self-tour immediately after the Papal Audience. It was amazing to see the St.Peter’s Basicilia from the top of the Castel Sant’Angelo. The view from the fortress was thrilling!
The Saint Angelo Castle was built almost 2000 years ago. Since then the building has been recognized as a symbol of Rome’s power.

One of the most famous bridges in Rome – Ponte Sant’Angelo, leads to the castle. Tourists walk along it to enter the castle. Inside the building there is a “Hall of the Treasury”. It served to store the governors’’ treasures. A secret passageway connects the fortress to the Vatican. On the top of the fortress shines a bronze statue of Saint Michael the Archangel.

There are hundreds of things to do in Rome and many historical places to see in the Eternal City. Here we provide the most popular highlights of the city but there is still too much to see. For example, the Mouth of Truth is very impressive place to take pictures. The Pantheon is also a must see tourist attraction. There are also romantic sights in the quarter of Trastevere.

Our family vacation in 2017 was an … END_OF_DOCUMENT_TOKEN_TO_BE_REPLACED