Zakynthos or Zante is probably the most exotic of the Greek Islands. This is a land of contrasts where you can find amazing things. Here are some of them: giant Caretta-Caretta turtles swimming calmly along with young people who are trying to cure a hangover; stunning beaches along with coastlines that don’t look as attractive as the former; postcard-like sea water but almost not accessible for swimming; natural sea water pool with therapeutic properties. For these and many other reasons, Zante holidays have become very popular for adventure travelers and party lovers.

Some people call the island Zakintos, other – Zakyntos or even Zakinthos. In fact, the island was named Zakynthos after the first inhabitant of the Island. Because of the close vicinity to Italy, Zakynthos also has nickname Zante (Isola di Zante).

Zakynthos is the third largest Greek island in the azure waters of the Ionian Sea. The southernmost Ionian island features a coastline of 122 km (75 mi) in length. It is situated about 17 km off the Peninsula of the Peloponnese, near the west coast of Greece. Zante is 300 kilometers west of Athens and 20 kilometers south of Kefalonia.

Zakynthos is easy accessible by air and ferry. From April to October the international Zakynthos airport is served by many charter flights. The airport is located just 1 km from Laganas and 4 km from Zakynthos city. The Zante airport has one terminal. Flights to Zante are available every day from 05:00 to 21:30

By ferry, Zakynthos is accessible from Killini, on the Peloponnese peninsula and from Pessada, Kefalonia. The route Killini-Zante is operated by Levante ferries. We booked the tickets on the phone because we were not sure about the arrival time on the ferry station.

The trip from Killini to Zakynthos Town lasted approximately 1 hour. The price was 8,90 euros per person (one way) and 28,90 euros for the car. Ferry vessels were luxurious and comfortable especially in comparison with ferryboats to Corfu, Thasos and Skopelos.

The East coast of Zante is flat with sandy beaches and calm bays. Most of the resorts are set on this part of the island. From north to south they are Agios Nikolaos, Makris Gialos, Alykanas, Tsilivi, Zakynthos city, Kalamaki, Laganas, Agios Sostis, Limni Keri and Vassilikos.

The west coast is mountainous. It features extremely beautiful landscapes but the beaches are difficult to reach from the mainland. In fact, some of them are accessible only by boat. The west coastline is rocky without sand. Majestic limestone cliffs descend to the blue waters. The most popular travel destinations on this coast are Zante Shipwreck beach (Navagio), Porto Vromi and Porto Limioni.

Things To Do In Zante

The loggerhead sea turtles Caretta-caretta grow to the impressive length of nearly 1 meter. They are usually found along the Eastern coast of Zante. The unique chance of seeing these giant creatures is when they breathe air. Turtles spend almost all of their time under the water but they need to breathe air. That is why they come to the surface every 8 minutes. Giant sea turtles can be seen at Laganas bay from May to August. The best time to explore them is from 11:00 to 15:00 when the sun shines on the water and the visibility is perfect.

You may explore the beauty of the sea turtles by boat or canoe. Still, the cheaper way to observe giant turtles in their natural habitat is by water cycle. The rental price is 10 euros per hour.

When you encounter this impressive marine creature do not touch it and keep a small distance. If the female turtle is scared, she may release her eggs in the water. Although local people advise not to make any abrupt movements while close to a turtle, we swam with few of them and they stayed calm and relaxed.

During our stay at Laganas, we have not met a person that has observed the process of hatching of the eggs. We only explored the egg chambers. Eggs need 45-75 days to hatch so tourists in August have greater chances to see baby turtles.

An interesting fact is that the temperature of the sand determines the sex of the turtles’ offspring. The higher the temperatures are, the more females are born.

Babies usually emerge at night and find the path to the sea using the moonlight and stars as orientation. The Caretta-caretta newborns are approximately 5 cm long.

Tourists can rent a motorboat for 2-7 persons and explore the island. This is a must experience during cheap holidays to Zante.

The small vessel is easy to use and no driving licence is required. Boats come with standard equipment such as a 30 hp engine, GPS, and life jackets. With this motorboat you can explore the Keri caves and Marathias on the southern part of the island; Marathonisi island near the Laganas bay; Agios Sostis harbor and many other places.

You can also book 1, 2 or 3-hour trips with a glass bottom boat in the area of Laganas bay. You can explore the coastline, small beaches, beautiful rock formations and magnificent caves. In summer, you will have the chance to spot at least one example of the sea turtles.

A popular attraction in the region is the Yellow Submarine “Captain Nemo”. Its base is at Agios Sostis port, just 2 km from Laganas. The submarine features 24 windows. During the cruise the boat travels to the Turtle Island and Keri caves. It runs every hour from 11:00 to 17:00.

According to the Zakynthos weather statistics, the summer season spreads from May to October. We stayed in Laganas on the east coast in early July 2016 and daily temperatures were about 34-36 °C. The coastal surface water temperature in Laganas was 29 °C. Water did feel warm rather than refreshing. In comparison, the sea water temperatures in Porto Limionas and Porto Vromi on the west coast were 21-23 °C. That were large temperature differences! We experienced the best weather in the area of Xigia beach and Makris Gialis on the north coast. 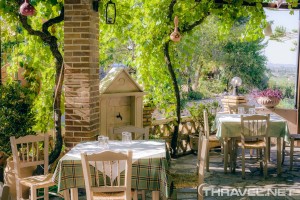 As one of the top summer destinations, Zante attracts mainly young people from Europe. Compared to other Ionian islands (Kefalonia, Lefkada and Corfu), Zakynthos is an incredibly affordable Greek island. At least it was during our vacations in July 2016 and August 2017. For example, drinks cost half what they do in other places in Read More 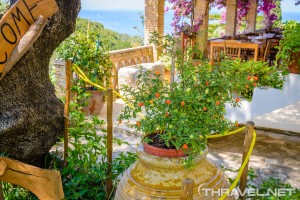 In general, restaurants in Laganas serve basic food – fried seafood, probably imported from China, meat with French fries, and burgers. First day of our stay we tried the Panos tavern, located on Kalamaki Road. Our host in Laganas, Yorgos recommended this place as a nice restaurant serving delicious local meals. Yet we were disappointed Read More

If I have to describe Tropical studios, Laganas in a few words, they will be: the best value for money hotel in Zante. Compared to other properties in Laganas, this accommodation features comfort, friendly ambiance, as well as vicinity to the beach and to the thrilling nightlife. In the high season in July 2016, the Read More 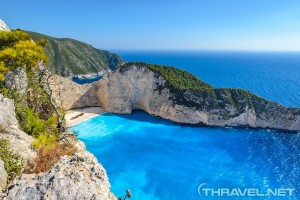 Navagio Beach (Shipwreck Bay) The breathtaking Navagio bay on the island of Zakynthos is definitely the most photographed beach in Greece. Because of its unique shape and exceptional beauty, the Zante Shipwreck beach is among Lonely Planet’s top 10 beaches in the world. With its majestic cliffs, turquoise waters and dazzling white sand it rivals Read More 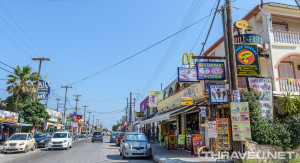 If you’re going to Greece and you’re looking for a place to party, then Laganas is the place. It has various bars, clubs, beach bars and places for entertainment. It is the only town in Zakynthos to offer such a variety of nightlife. Laganas attracts mostly young people – either studying or already graduated. Read More 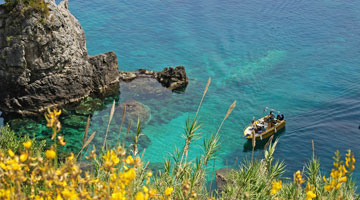 Thousands of people come to Corfu Island every year to have the best time of their life. This place is the hottest nightlife spot of all Ionian Islands. Read more 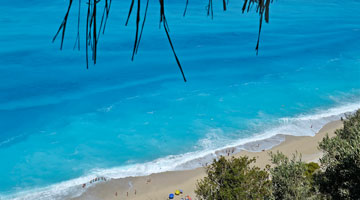 Lefkada is located in South Ionian Sea. Until recently, the island was visited mostly by Greeks but today, it is experiencing a tourist boom. Read more 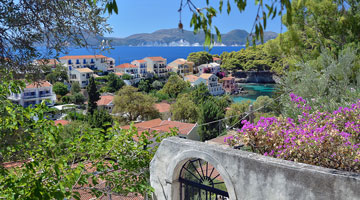 Kefalonia is part of a chain of Ionian Islands. This Greek island is not only beaches, but also sun and fun. A vacation on the biggest of the Ionian Islands is more intriguing than this! Read more 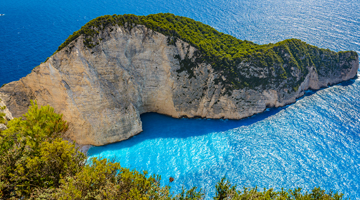 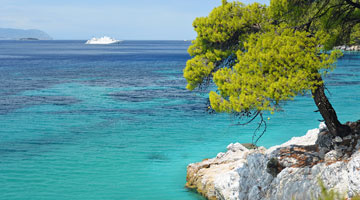 Looking at this fabulous place in Aegean Sea, one may ask himself is the island a natural wonder or a God creation? More people are coming to Skopelos to find out the answer for themselves. Read more

Thassos is an island close the northern coast of Greece. It is also called “the green island” thanks to its abundant vegetation. Read more 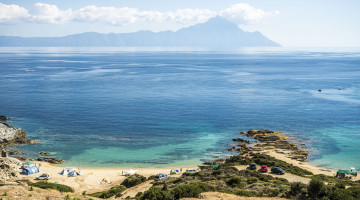 Halkidiki Peninsula features great climate –in spring and fall it is warmer and sunnier than the rest of the territory of Northern Greece while in the summer it is cooler with lower temperatures. Read more